Our relationship with our jobs is increasingly dysfunctional, and too many of us wear the amount of work we do as a badge of honour at the expense of our mental and physical well-being.

That’s Rahaf Harfoush’s take on modern life in her latest book, Hustle and Float, an unsparing look at working conditions and the changes being wrought by technology — with insight that sprang partly from her own experiences.

“Culturally, the rituals that we’ve developed around how we talk about work … it’s like, not just the job that we do, but how hard we work at it,” Harfoush says. “That goes counter to all of the actual things we need to do to be healthy and to be more creatively prosperous.”

While working on the book, she suffered her own disastrous episode of burnout.

The result — insomnia, anxiety, hair loss — are symptoms familiar to anyone who has gone through sustained periods of overwork.

She says people need to question why the sheer amount of work we do is so thoroughly woven into our identities these days — and looms so large in how we measure our success. 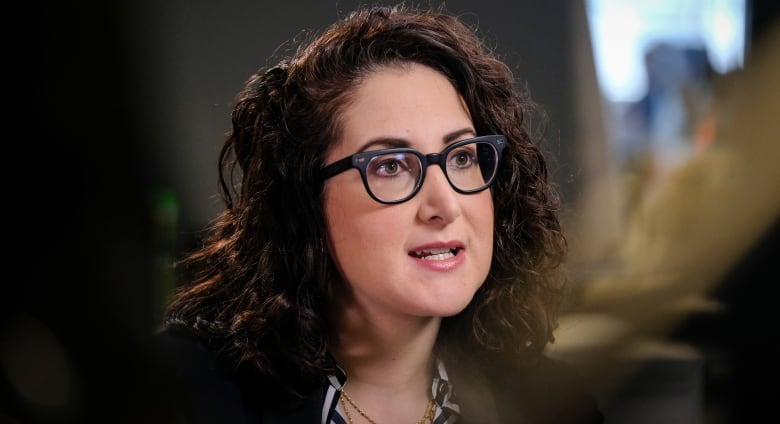 Harfoush’s career has taken her all over the world, helping people understand how technology is changing our behaviour and society itself. (Evan Mitsui/CBC)

Harfoush is perhaps a perfect example of the kind of multicultural digital native this country incubates. The Damascus-born, Toronto-raised author and public speaker is based in Paris these days, but her work has taken her all over the world. Her mission: helping people understand the often hidden ways that technology is changing our behaviour, both as individuals and within the places we work.

Harfoush’s own drive for creative prosperity got a chance to flower, she says, when her parents — an engineer and an architect — decided to leave their home in Syria and move to Canada when she was just five.

“They came here with three suitcases, a family of five,” she says. “My mom didn’t speak any English. She worked in Tim Hortons.”

Life wasn’t easy at the beginning, but being in Canada gave her family opportunities they would not have had elsewhere, and they worked hard to take advantage of them. Today her father teaches at Harvard, her mother works in interior design.

Harfoush has built a career that’s grounded in understanding technology, the impact it has on people, and how they adapt their lives and behaviour around it.

Part of that expertise can be traced back to her work with Don Tapscott on Grown Up Digital, the follow-up to his groundbreaking look at the generation of “digital natives” entering the workforce. Through her research, Harfoush met Chris Hughes, a co-founder of Facebook. And that connection led her to work as a volunteer on Barack Obama’s 2008 presidential campaign.

“This was the first large-scale movement driven by tech,” she recalls.

“I was so moved by the willingness of all these young people to throw it all behind this campaign … people forget how much of a long-shot he was.” 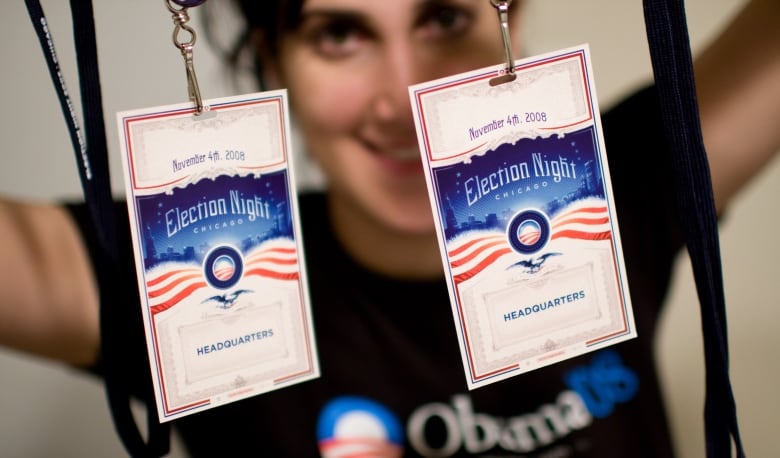 Rahaf Harfoush holds up her election-night passes to Barack Obama’s 2008 campaign headquarters. She worked as a volunteer on Obama’s campaign, which was heavily driven by social media. (Rahaf Harfoush)

The work she did on the campaign was a lesson in how people used technology and social media to build the real human connections that powered Obama’s grass-roots driven election victory. Harfoush kept a journal throughout this period, and it became her first book, Yes We Did.

A common theme in Harfoush’s research has been the potential that comes from putting people at the centre of technological advancements, and this formed the core of another book project, her New York Times bestseller The Decoded Company.

It was co-written with the leaders of a Toronto-based firm called Klick, the world’s largest independent health care marketing agency. The book defines a decoded company as a business of any size that puts people ahead of customers and profit, and uses data to unlock its employees’ potential. The Decoded Company is billed as, “a powerful guide to building a data-centric corporate culture that unleashes talent and improves engagement.”

In contrast, Hustle And Float is in many ways a cautionary tale.

The book details Harfoush’s realization, partly as a result of her own experience with burnout, that she is part of a generation of people who have stopped putting their most human needs first, allowing their work to dominate their identities.

Technology has made it possible to work non-stop, no matter where we are, and that has enabled jobs to influence and transform how people conduct their entire waking lives. She says people need to be conscious of that, and not be drawn in to the point where they drown in their work.

“I saw something on Instagram the other day that said if you’re not going where you want to be in your life … consider what you’re doing between 7 p.m. and 12 a.m. This is the narrative that I want to fight against,” Harfoush says.

She adds that she’s not against working hard, dreaming big, and sacrificing some things to build a life and a career. But Harfoush says people also need to redefine, “this idea of what success looks like and what is required for us to get there. I think there’s definitely room for improvement.”

From how we think about our jobs, to where and when we do them, the stress of modern work is affecting Canadians in a lot of ways and across industries.

This week, CBC News and The National take a look at the forces behind this stress and the ways we can avoid burning out. We’ll examine new approaches to productivity and creativity, how we structure shift work, the mental health effects of telecommuting and what Canada can learn from other countries.

For more on our series “Burnout: Stress At Work,” watch The National and read more at CBCNews.ca.