The U.S. Food and Drug Administration’s refusal to license a therapeutic device intended to help brain-injured people is raising questions about the rigour of Health Canada’s approval process.

The FDA spent seven months reviewing the application, along with clinical evidence, before rejecting the licensing application for the Portable Neuromodulation Stimulator (PoNS), while Health Canada licensed the device in a month and no clinical information was submitted.

The PoNS device is touted as the first non-invasive system to encourage new neural connections — known as neuroplasticity — in the brains of people who have problems with walking and balance after suffering traumatic brain injuries.

The device sits on the surface of the tongue and delivers mild, high-frequency electrical impulses while the patient undergoes a rigorous regimen of daily physiotherapy over 14 weeks.

This novel approach has been featured on CBC-TV’s The Nature of Things, CBC Radio’s Quirks and Quarks, as well as numerous U.S. news outlets, after former talk show host Montel Williams promoted the device, which he used to treat his symptoms of multiple sclerosis.

The $ 30,000 treatment program is offered at clinics in Montreal and Surrey, B.C., with plans to expand to other Canadian cities this year.

The therapy isn’t covered by publicly funded health care systems or most private insurance. Most patients pay out of pocket or have resorted to crowdfunding campaigns.

In a statement, Helius Medical Technologies, the U.S. maker of the device, said it was informed by the FDA last week that there was not “sufficient information” to determine whether patients who showed improvement were responding to the device or whether it was due to the intensive physiotherapy alone.

Helius CEO Philippe Deschamps said the decision “is a setback that was completely unexpected,” but added that it “doesn’t obviate the fact that we’ve treated 163 people in two clinical trials. We also did clinical trials in multiple sclerosis, cerebral palsy, and stroke. All of which showed statistically significant results for our treatment.”

Deschamps said the company will submit more clinical information to the FDA and is confident the device will win approval. He said the agency doesn’t dispute that patients experienced “significant” benefits.

The FDA does not comment publicly on product applications that have not been approved.

To me, it’s a research project.– Dr. Charles Tator

But an expert on concussions and traumatic brain injuries, Dr. Charles Tator, said the FDA made the right call by not issuing a license.

“To me, it’s a research project. We’re still right at the beginning” of understanding neuromodulation, said Tator, who heads up research at the Canadian Concussion Centre based at the Krembil Neuroscience Centre in Toronto. 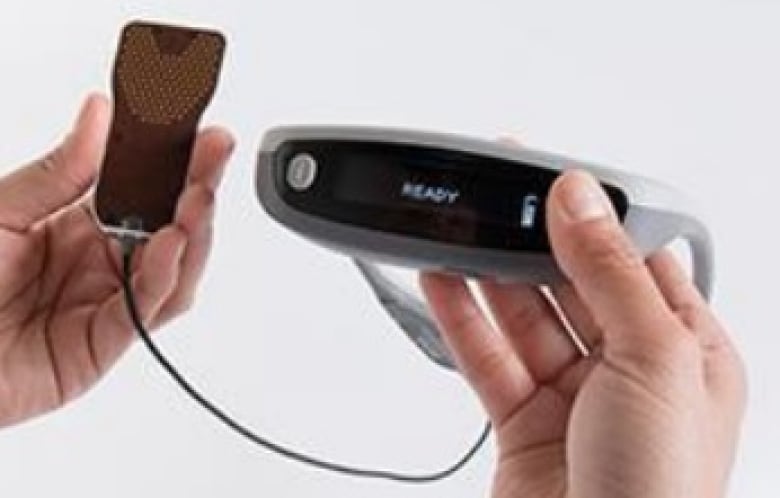 He also questioned Health Canada’s criteria for evaluating the PoNS device. “Sure, we want it to be safe; that’s a given. But it also has to be effective before we ask the public to buy into this with their time, their energy, their commitment.”

Tator said he’s not surprised by the interest in the device from people who’ve endured traumatic brain injuries. He said he regularly sees patients who are anxious to try new treatments that aren’t necessarily supported by the best evidence.

“I mean, these are people who are suffering significantly, and why make them suffer through ineffective treatments? I think that is what we’re doing by having a low bar.”

‘Why make them suffer through ineffective treatments?’

But Alain Ptito, a neuropsychologist who consults for Neurotherapy Montreal, the only private clinic in eastern Canada where the PoNS program is offered, said, “There is nothing lost really for the patients, because they’re getting such intensive physio that they’re benefiting anyway —although we feel it’s the combination of the [device and physiotherapy] that will give the optimal results in the patients that are being seen there.”

Ptito has also published his research at McGill University’s Montreal Neurological Institute, which supports the use of the device, and agreed that more study would confirm the role of the device in patients’ progress. 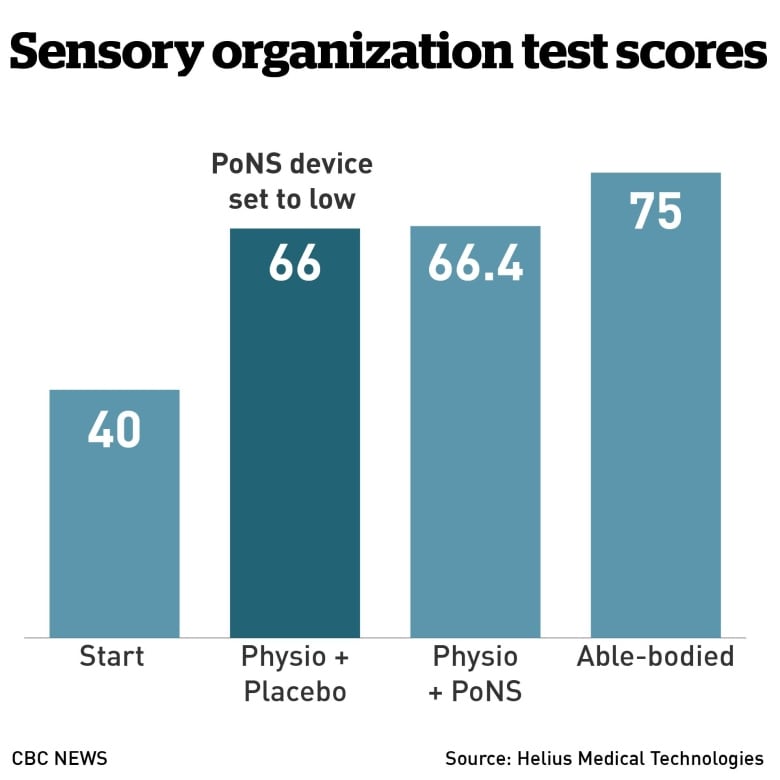 He also acknowledged that the research hasn’t determined exactly how tongue-based neuromodulation stimulates neuroplasticity in the brain.

“The mechanism is complicated, because it’s still unknown,” he said. “The hypothesis is that stimulating the brain has a diffuse effect over the whole cerebrum.”

Neurotherapy Montreal, which also offers other physiotherapy and health services, currently has more than 20 patients signed up for the PoNS treatment, with another 60 on a waiting list.

‘I’ll do whatever it takes’

David Chen, 45, recently started treatment at the clinic after he was hit by a car in Toronto in July 2018. He had been walking home after playing volleyball at the beach. The police officer suffered a traumatic brain injury that reduced his ability to walk to a shuffle.

Chen said his doctor agreed to recommend him for the program, despite feeling some reservation about it, which his family also shared.

“My sister and brother-in-law were like, ‘Are you sure it’s going to work? Because that’s a lot of money,'” Chen said. “But then, in my head, I was thinking, ‘It’s my life, it’s my health, so I don’t care. I’ll do whatever it takes.'” 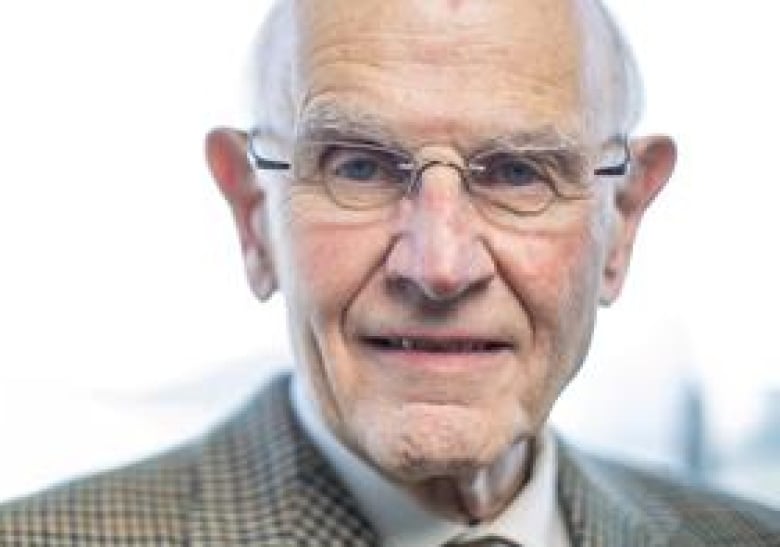 Chen underwent two weeks of twice-daily intensive physiotherapy in Montreal with the device. He’s expected to continue the routine at home in Toronto, while returning to Montreal intermittently to have his progress monitored.

“When I came [to Montreal], I thought I’d see dramatic effects, dramatic progress, but I didn’t. So I was really down on myself. But then they said you have to focus on the small and slow progress, so it’s not something that happens right away.”

Chen said his goal is to be able to at least return to a desk job.

According to the Public Health Agency of Canada, more than 100,000 Canadians a year are treated for traumatic brain injuries.