This is an excerpt from Second Opinion, a weekly roundup of eclectic and under-the-radar health and medical science news emailed to subscribers every Saturday morning. If you haven’t subscribed yet, you can do that by clicking here.

Whatever happened to triclosan?

A few years ago, we were brushing our teeth with it, rinsing our mouths with it, sanitizing our hands with it and sending a lot of it down the drain and into rivers and lakes.

Hundreds of cosmetic and cleaning products contained triclosan, including, at one point, almost all of the antibacterial liquid soap that was sold to consumers.

Last week, the U.S. Food and Drug Administration (FDA) announced it was finalizing the latest in a series of rules that would require companies to prove that triclosan was more effective than ordinary soap.

Legacy of the hygiene craze

Government health agencies began questioning the safety of triclosan almost a decade ago, at the height of a hygiene craze after antibacterial soaps and cleansers had already swept the consumer marketplace.

Back in the 1970s, triclosan was a specialized compound primarily used in hospital surgical wards. But by the end of the ’90s, household “antibacterial” soaps and cleansers with triclosan were everywhere.

What’s missing is there was not a lot of studies on neurodevelopment — and there still aren’t to this date.– Joseph Braun, environmental epidemiologist

“But there hadn’t been a whole lot of actual toxicology studies done on it.”

Over the last two decades, the population has been so widely exposed to triclosan that it has shown up in human urine tests all over the world.

The FDA wasn’t sure, stating in 2013 that “there are unresolved safety considerations regarding long-term daily use,” mainly because important human health studies had not been done.

Is triclosan effective? Was there any health advantage to exposing everyone to this chemical?

The FDA decided to put that question to the companies relying on the agent, asking them to provide evidence to support the use of triclosan.

Instead, major manufacturers have gradually stopped using it.

The rise and fall of triclosan

By 2015, Johnson & Johnson had removed triclosan from all of its products “in response to feedback from our consumers and customers,” a company spokesperson told CBC News in an email.

Both Unilever and Colgate-Palmolive told CBC News they have also taken triclosan out of their products. Colgate Total toothpaste was reformulated to eliminate triclosan late last year, a company spokesperson said.

And by the end of last year, triclosan was gone from Loblaws’ and Shoppers Drug Mart’s President’s Choice and Life Brand household and cosmetic products.

A Loblaws spokesperson told CBC News in an email that feedback from the company’s scientific advisers and customers “suggested a move away from this ingredient was necessary, so we took the proactive approach to remove triclosan.”

We found that triclosan inhibits mast cell function quite acutely and quite strongly at concentrations that are completely relevant to what people would be exposed to.– Julie Gosse , biomedical scientist

Even though triclosan is vanishing from the marketplace, the chemical is still deemed safe for human use by Health Canada.

Health Canada allows triclosan in some cosmetic products, if the concentration is below a specified level. Products with higher levels must be approved through a formal drug application process, where the products are assigned a Drug Identification Number (DIN).

“Health Canada has approved 64 marketed drug products with a DIN that contain triclosan. These are not all hand sanitizers ― some are soaps, hand washes and toothpastes,” a Health Canada spokesperson said in an email.

Meanwhile, scientists are still investigating the human health effects of triclosan — and new evidence is starting to emerge.

Gosse has discovered that triclosan can affect human mast cells, an important part of the immune system.

“We found that triclosan inhibits mast cell function quite acutely and quite strongly at concentrations that are completely relevant to what people would be exposed to when they’re washing their hands with this stuff or using the toothpaste.” 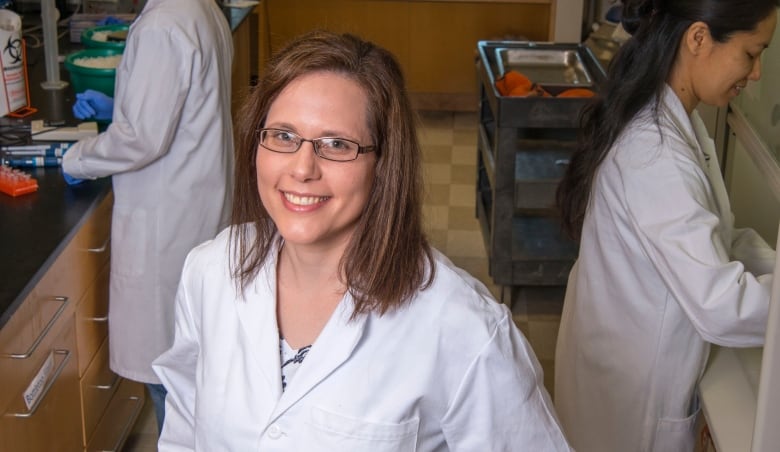 She’s also shown that triclosan can affect the mitochondria of human skin cells.

“In real time, with super resolution microscopy, we’ve seen the mitochondria become deformed within a matter of minutes. And these are the energy powerhouses of the cell,” she said.

Mitochondrial testing is now done routinely on new chemicals, but Gosse said that wasn’t the case when triclosan first came on the market. Many other human health tests were also not done.

“What’s missing is there was not a lot of studies on neurodevelopment — and there still aren’t to this date,” said Joseph Braun, an environmental epidemiologist at Brown University in Providence, Rhode Island.

“We have filled some of that gap in and found at certain times during pregnancy, particularly around delivery, [triclosan exposures] are associated with decreases in IQ, in one of our studies,” he said.

“And then we’ve also found that triclosan exposures across pregnancy are associated with behavioural disorders in children, particularly ADHD-related behaviours, and those associations may be stronger in  boys.”

Braun is following a cohort of teenagers to monitor those cognitive and behavioural effects over time.

Other research has suggested triclosan could be associated with lower thyroid levels and lower birth weight.

“The evidence has increased that triclosan is potentially harmful,” said Braun.

Although Canada’s federal Health and Environment ministries have concluded that triclosan is safe for humans, the compound has been deemed “highly toxic” to fish and other aquatic organisms, affecting “growth, reproduction and survival,” according to a federal environmental assessment. 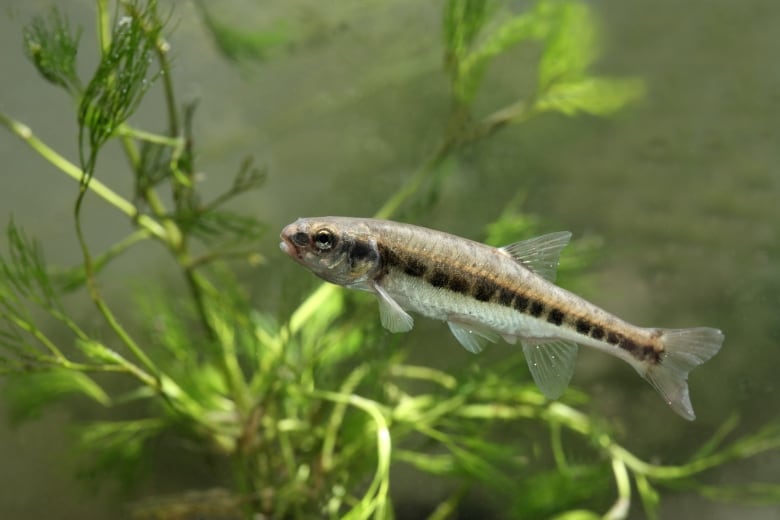 Triclosan has been deemed ‘highly toxic’ to fish by Environment and Climate Change Canada. (Shutterstock / Erni)

Last year, Canada added triclosan to its official list of toxic chemicals under the Environmental Protection Act and the federal government is currently working on a triclosan pollution prevention program that would require companies to reduce their triclosan by 30 per cent by May 2020.

Environment and Climate Change Canada already reports that triclosan is “continuously present” in the Canadian environment. Other studies have detected triclosan in rivers and lakes all over the world, after years of the agent being flushed down household drains.