It’s 4 a.m. at the Lakeview Restaurant, a 24-hour diner in Toronto, and floor manager Peter Avenins is hard at work. His body humming along despite the late hour.

For four years, and with various strategies, he’s managed to cope with the overnight shift.

Avenins — who says he supports having businesses open around the clock for the economic benefits — is part of a growing number of North Americans who work outside a typical nine-to-five day.

According to the Canadian Centre for Occupational Health and Safety (CCOHS), one in four Canadians does shift work, while one in five works nights. This includes nurses, police officers, paramedics, factory workers, office cleaners and truckers, among others — jobs where the time of day or night doesn’t matter.

But in a 24-hour economy, where demands must be met, the long-term health toll on these workers can be high.

It can include obesity, Type 2 diabetes, high blood pressure and depression. Shift workers are also more likely to have heart attacks and strokes, and the World Health Organization says shift work is a probable cause of cancer.

“People have a limited ability to maintain a coherent stream of thought when they’re awake when they’re not supposed to be,” said Dr. Brian Murray, the head of neurology at Toronto’s Sunnybrook Health Sciences Centre.

He studies how sleep — or a lack of it — can affect the brain and our health. Many of his patients are shift workers.

“It’s important for the reorganization of the brain to adapt to new tasks. In terms of the body, sleep loss can have effects on virtually every system.” 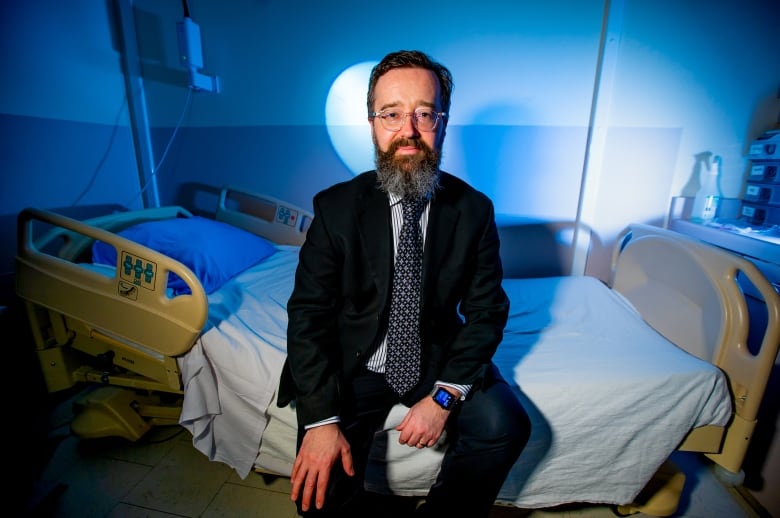 Sleep is important for the reorganization of the brain to adapt to new tasks, said neurologist Dr. Brian Murray. (Craig Chivers/CBC)

A study published last July had healthy volunteers do shift work. After just three nights, their brain’s “master” clock became two hours out of sync with the actual time. And a separate biological clock linked to the digestive system had jumped 12 hours — to lunch time.

That’s what it has been like for Mohammad Hanity. Since he started working an overnight shift at a GoodLife Fitness six months ago, his body’s schedule has gone topsy-turvy.  Lunch is eaten at 4 a.m., dinner at 8 a.m., and then he forces himself to go to bed at around 9 a.m. — when most of us are just starting our workday.

“My entire life, I’ve been falling asleep at night, so doing a night shift kind of works against nature, right?”

For both Hanity and Avenins, the social costs of overnight work are also a factor. Relationships and friendships can be hard to maintain when you’re on a different schedule, they say.

“I’m always here during the night; they’re working in the daytime. We just never see each other. It’s like two ships in the night,” said Avenins.

Yet both say it’s the price they’re willing to pay for a job.

Researchers say that if you are working overnight, there are ways to diminish the impact it has on your health:

The longer you stay in one particular shift, the better it can be for your body, Murray said, even if it’s not great for your social life. When it’s time to go to sleep, draw the curtains, turn off your phone, and try to simulate a natural light/dark cycle as best as possible.

Despite these recommendations, Murray said the reality of a 24-hour work cycle is a health issue that will ultimately catch up with us. Because after all, he said, we’re fighting biology.